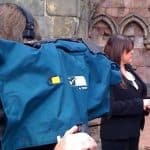 When many people think about being interviewed by a journalist, they imagine John Humphries, or the new-style Newsnight with Evan Davies. But the likelihood of anyone appearing on either of those programmes is minimal – most encounters with journalists are far more mundane and far less intimidating. They are much more likely to a chat […]