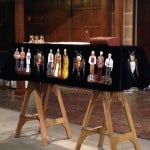 If you watch the news or read the newspapers, you can hardly fail to have notice that the remains of King Richard III have been finally reinterred in Leicester Cathedral, after being dug up in a social services carpark in 2012. This has reignited the debate about his reputation, which was comprehensively trashed by the […]

It’s not often I think too deeply about the fate of young people who are caught up in conflict. It’s not that I don’t care, it’s just that it’s such a huge issue that giving it just a passing thought seems somehow wrong. However, that’s what I’ve been doing over the past month, thanks to […] 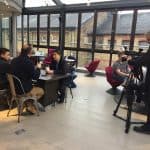 Most of the media training courses we run are for spokespeople who are going to be interviewed for news programmes, however, I was recently involved in a training session for a company which is going to be the subject of an observational documentary. They wanted to learn how to appear natural on camera, how to avoid […]

This year’s Trooping the Colour Highlights programme contained something very unusual. Did you spot it? It wasn’t in the main programme, shown on BBC1 in the morning of 15 June 2013. It was in the Highlights, which were broadcast on BBC2 at 6.30 that evening. Now it’s fairly usual that the Trooping highlights programme includes some […]

The Dimbleby Lecture is an annual event in which an individual who has made a significant contribution to the culture of our times gives a keynote speech to an invited audience for broadcast on BBC1. Set up in honour of Richard Dimbleby over 40 years ago, past speakers have included the Prince of Wales, nobel […]

I have never met Jimmy Saville and have no knowledge of the allegations against him, other than what I have seen and heard on the news. But in my years as a television producer, I brushed up against my fair share of famous names and celebrities, and can see how easily they can get to believe […] 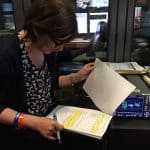 On holiday recently, my parents happened upon the BBCs Countryfile team filming in a field. ‘We thought – oohhh – isn’t John Craven nice?’ ‘That must be what Ann does …’ ‘Doesn’t it take ages?’ These were basically the comments they made afterwards. Because despite my starting work for the BBC in 1995, they never […] 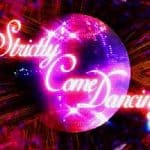 Three cheers for Strictly Come Dancing. How very nice to sit down on a Saturday evening to watch a programme which you can enjoy as entertainment. But also that, as a TV producer, you can admire its extremely high production values at the same time. I’ve worked on many many BBC programmes and of course […]

This weekend, I was involved in the production of the Festival of Remembrance for the BBC. This is the Saturday evening ceremony held at the Royal Albert Hall to commemorate those who have given their lives in wars since World War One. It was extraordinarily moving. It really brought home the impact of war on […]

On Sunday, the Teaching Awards  was broadcast on BBC2 at 6pm, and I was part of the team that produced it. It’s an inspirational event which honours teachers of the sort we all wish we had! I was one of the VT producers on what is known as a fast turn-around edit – which is […]