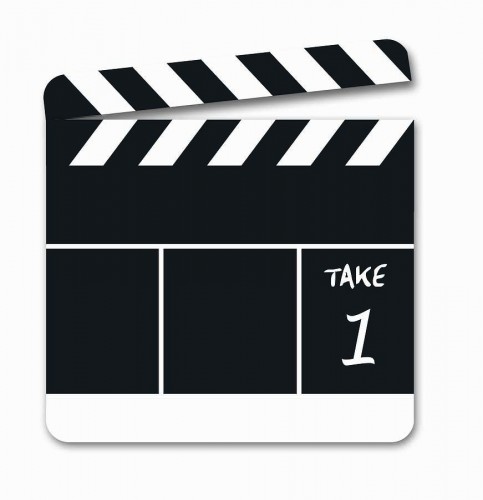 Many years ago, when I was working on a small medical journal (now sadly closed down), the local BBC news programme asked to send a TV crew to interview the editor (who has since become the successful author Mark Barrowcliffe!).

We were all wildly excited. We tidied up the office and Mark even had his hair cut specially.

They were due at 10am. 10am came and went. Then they called and delayed it until early afternoon.

Then they called and said they wouldn’t be there until late afternoon. And then they didn’t turn up at all.

Boy did we feel that we’d been messed about.

Sadly, that’s often the case when a TV crew is booked to do some filming.

It’s generally not the production team’s fault.  The delays might be because a more pressing story has come up which they have to film first. Or a previous shoot might have over-run.  Or there might have been technical difficulties (sometimes the cameras do break down!).  Or the crew might have got into traffic. Or it might have taken them an hour to get through the security at your building.

Here are eight things to expect when TV crew wants to film you.

Be prepared for arrangements to change at short notice, or even for the shoot to be cancelled.  It’s not necessarily a reflection on your importance – it’s just that if a ‘breaking’ news story comes up, that has to take priority.

Production teams almost always underestimate how long the filming will take. So if a producer tells you it will take just an hour, be prepared for two. Often it takes about an hour just to set up the cameras, lights and so on. (I promise if I ever film you, I’ll be honest about how long it takes!)

Nowadays under BBC safety guidelines, they have to check your electrics before they plug anything in.  The first time I did this, the interview subject’s wife was mightily offended. Don’t be. It’s just the rules.

Don’t be too houseproud

They will want to completely re-arrange your room to turn it into a mini-studio.  This will involve moving furniture about, taking down pictures and moving the ornaments so that they get the best possible shot.

Be prepared to stupid questions

The first question might well be what you had for breakfast. This is check the sound levels – don’t worry, it won’t be broadcast!

Be prepared for repeat questions

The reporter might ask you the same question several times. This is generally to get an answer of just the right length, rather than any misunderstanding of your answers.

They will probably also want to film ‘set up shots’. These will be used in a pre-recorded piece over the commentary which introduces your interview, or over some of your words. You’ll all recognise the boring shots you see of people  sitting at a computer typing, or walking along the road with the reporter. If you’re being filmed for your business, think in advance what kind of things you could be filmed doing to showcase it, and suggest them.

Be prepared for your segment to be short

Be aware that even if the interview takes an hour, if it’s for a news programme, the edited version might only last a few seconds. Which is why in media training courses we always advise trainees of the importance of sticking to their key messages.

Have you ever been filmed by a TV crew? What was it for? How did it go?

We can help prepare you for both being filmed and giving interviews on our media training courses. Contact us to find out more.