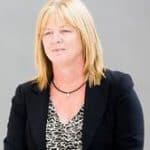 In our latest guest posts, from Australian public relations expert Tracey Jones, who runs the Darwin based agency Creative Territory, discussing the importance of including a twittercue in your media releases

If you’ve ever played Chinese whispers, you know how easy it is for a simple message to lose its meaning.

Sending out a media release is like playing this childhood game. Very few journalists will ever replay it the way you want and the essential message can be lost as people reword and rework your beautifully crafted prose into just a few short sentences.

That’s just the name of the game in public relations, but the advent of social media has made the job even harder. Thousands of citizen journalists are now reinterpreting your media release into less than 140 characters.

A recent example was an announcement from the Northern Territory Government in Australia during Cyclone Carlos allowing non-essential public servants with child-caring responsibilities to take personal leave if they could not get alternate care arrangements for their children. Employees should check with their supervisor if they were not sure if they were regarded as “essential”.

The tweets from those spreading the word looked something like this:

The result? Hundreds of public servants with and without children stayed at home without ever contacting their supervisor.

It’s hardly the fault of the multitudes who retweeted this message, but it is a great example of how a message can lose its full meaning very quickly.

At Creative Territory, we’ve seen hundreds of original media releases, stories and blogs get mangled as well-meaning tweeters try to make sense of what the writer was trying to say and rebroadcast it in a tiny package.

So what can PR professionals do to make it easier for others to pass their message on?

We’ve recently created the “Twittercue”– the practice of adding a set of words to the bottom of media releases that enable tweeters to pass on your message without distorting the meaning.

So if I was writing a media release for the situation above, I would add the following to the bottom of the release:

Some tips for writing a great Twittercue:

For more training and support writing press releases, contact us on 020 8332 6200 or info@roughhouse.co.uk.