As a charity, how do you reach out to potential donors, volunteers, fundraisers – and indeed users of your services?

Are you sure you are using the media to the best advantage? The benefits for charities of being good at media relations are massive.

Here are three charities who have done this extremely successfully, by employing three different approaches. 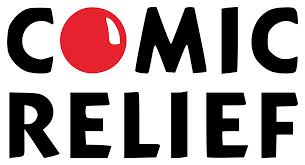 Next weekend, there will be no escape from Comic Relief’s bi-annual Sport Relief, the fundraising efforts of its celebrity supporters, and the fantastic work it does.

The momentum started when David Walliams did his mammoth swim up the Thames last September, and has continued with a whole host of celebrities taking on challenges.

The money pours in from the public, and every year Comic Relief busts its fundraising target, no matter what the economic climate. So far it’s raised £750 million and no doubt this weekend that total will rise.

Help for Heroes is another charity which has used the media well. When it started in 2007, it didn’t have celebrity backers, but was founded by a soldier turned cartoonist and his wife after a visit to Selly Oak Hospital, where wounded soldiers go for treatment and rehabilitation.

On the face of it there wasn’t much need for another charity raising money for soldiers – after all, there was already the Royal British Legion, SSAFA, the Army Benevolent Fund (now the Soldiers Charity) and a whole host of others.

But even so, in the four years since their first fundraising event – the Big Battlefield Bike Ride, they have raised £128 million.

A third example is Kids Company. It is a charity in South London which works with disadvantaged young people and young ex-offenders. A few years ago it was on its knees, threatened with closure through lack of funds.

Now it’s raised £50 million, and has a training programme which aims to share its expertise with all those working with vulnerable children.

How did they do it?

So how have these three charities done it?   In different ways they have all harnessed the power of the media to boost their profile, boost their income, and boost the number of people they can help.

One thing they all have in common is a very astute marketing, public relations and media strategy.

Of course, Comic Relief had an inbuilt advantage from the start – it was set up by some pretty influential people with a direct line to the BBC, and that certainly helped. But that doesn’t necessarily guarantee success.  Look at how many celebrities set up their own charitable trusts – how many can you name – how many of them have made the huge impact of Comic Relief?

What Comic Relief have done is utilise its ability to make really powerful films to show ‘where the money went’ to demonstrate the need for and value of the work done by the causes it supports – and thereby persuade people to dig deep.

Combining this with the power of celebrity has been a winning combination – celebrities – especially if they’re either pushing themselves to the extreme, or coming face to face with those more disadvantaged with themselves – are a surefire way of ensuring maximum coverage.

Help the Heroes has taken a different, but no less effective, approach.

It’s differentiated itself from the existing military charities, whose image may be regarded as rather stuffy or old-fashioned, using a fresh, modern perspective, which appeals to a younger support-base that the other more established charities are unlikely to tap.

Their fund-raising events are squarely aimed at this group: concerts, rugby matches, Atlantic rows and other challenges – all very photo and tele-genic, so likely to secure coverage.

By focusing on the serving soldiers putting their lives on the line in Iraq and Afghanistan, they have tapped into the national mood of support for our troops, and been able to get the popular support of the tabloid press, always keen associate themselves with a patriotic cause.

Kids Company have employed a third tactic – positioning their founder Camilla Batmanghelidjh as an expert in her field. 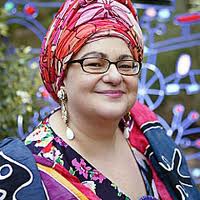 They had an advantage in that she is extremely charismatic, intelligent and knowledgeable and by making herself available to the media for interviews, articles and expert comment, she’s become the go-to commentator for newspapers, TV and radio when it comes to issues affecting vulnerable and disenfranchised youth.

The result has been a national raised profile in what began as a small charity serving a small area of South London.

Three different approaches to securing media coverage, all of which have been extremely effective.

They have brought together branding, marketing, PR and media relations to find an identity which sets them apart from other similar charities and ensures that they have constant media coverage – so they remain in the front of public’s mind, and the public keep giving.

Next week we’ll be looking at how a charity should go about developing its own media strategy.

PS: I’m doing the Sport Relief mile on Sunday in the Mall with my son, so if do feel free to sponsor us if you feel so inclined by clicking here. (no obligation, of course)