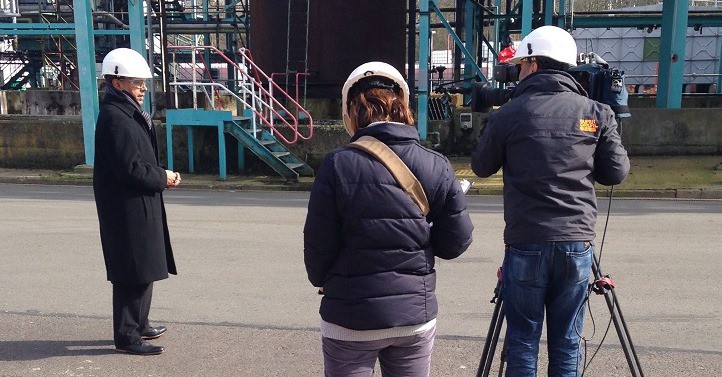 We have recently been producing two safety films for a chemical plant in the Midlands – so here are five lessons about video production which we learned during the project.

It’s been an extremely enjoyable project. One reason for that is that we had a good team – Sumit Bose as presenter and Vic Marwaha as camera operator (plus me as producer/director).

And secondly, because the client have made it very easy for us. They have been engaged, helpful, accommodating, charming and have generally done everything possible to make the whole video production process – scripting, filming and editing – go smoothly.

We had a pretty tight shooting schedule – two days to produce enough footage for one 15 minute film and one six minute film, and one of those involved 18 pieces to camera by Sumit.

1. That building a good working relationship with your client can really help the whole production process go smoothly

2. That working with a professional presenter, who will adapt their style to the needs of a client, is vital

3. That the weather can disrupt even on the most well-planned shoot (fog delayed the start our second days shoot)

4. That the autocue app, IPrompt, is a marvellous invention!

5. And finally that filming in a hard hat is pretty tricky!

If you would like to find out more about our video production services, please give us a call on 020 8332 6200 or email on info@roughhouse.co.uk.