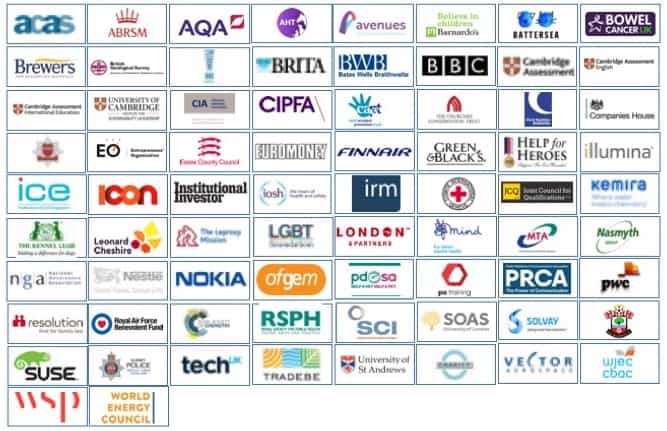 If you look at our list of clients, there are a LOT of acronyms: ICS (International Chamber of Shipping), GPhC (General Pharmaceutical Council), IOSH (Institution of Occupational Safety and Health), MTA (Manufacturing Technologies Association), BCC (British Chambers of Commerce), RSC (Royal Society of Chemistry), AELP (the Association of Employment and Learning Providers), NGA (National Governance Association) & many more.

What each of these have in common is that they are professional and membership bodies. We’ve been working with these types of organisations for over 20 years, so are acutely aware that communication for membership bodies raises particular issues and dilemmas when dealing with with anyone other than their members.

The most important of these is the need to juggle competing audiences whenever they speak to the media – and through them, the general public.

Are they talking primarily to their members, to the general public, to the government or to other stakeholders within their sector – each of which may need to hear different messages.

There was a stark demonstration of this after P and O controversially sacked 800 staff via Zoom in March. The following day Peter Aylott, Director of Policy from the UK Chamber of Shipping, appeared on the Today programme to discuss the sackings.

When you listen to this, it’s clear his aim was to provide some context and explanation behind the reasons for the sackings, which he did. Mr Aylott clearly didn’t want to criticise one of the chamber’s members so he gets into difficulties when asked about the manner in which P and O had behaved.

He continually said he would not comment on this, and at one point, he said he is not there to defend P and O, even though that is what he appeared to be doing. He was understandably pushed on this point by the interviewer – and sought to shift blame to the government. All this undermined his initial message, leaving a negative impression.

Of course, we don’t know why the decision was made for him to do an interview that morning.

However he and his team should have anticipated the robust questioning he received, and found a way to deal with the tricky questions without repeating his “no comment” mantra.

Most of the interviews done will not be as uncomfortable as this, however, there are multiple times when you might have to balance competing interests.

Imagine you represent a sector which is under fire for lack of progress in cutting carbon emissions. The simple message you would want to convey to the public and government may be that your members understand the imperative to do this and are working hard to achieve it.

However the message your members may want to hear is that you recognise the complications they are facing in moving to net zero, as it is expensive, and that you know progress is not going to be straightforward and will take time and money.

There may well be a middle ground with these messages, which is that members are determined and are working hard – but it is not a simple process because of xyz factors. The difficulty with this is that the media in general like simple and clear cut messages and nuances often get lost.

The key for spokespeople and communications teams is to decide who their most important audience is, and the messages they want to deliver to those audiences, before they contact the press or give any interviews – and anticipate any tricky questions so they know how to respond.

Rough House Media has extensive experience of working with membership bodies, so please do contact us if you need support and advice with developing key messages, interview preparation and media training.