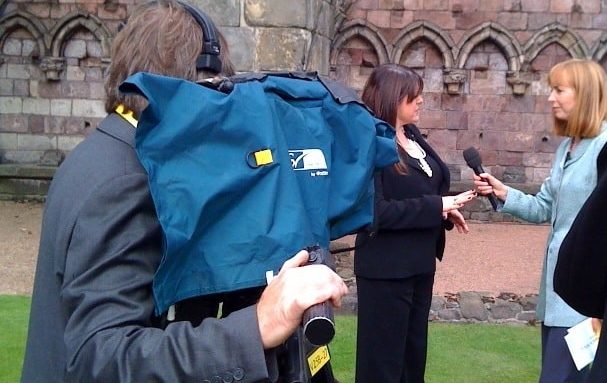 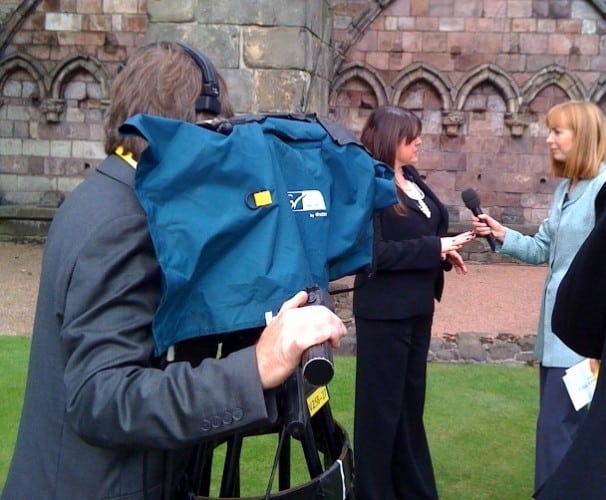 What kind of impact would TV coverage focusing on your issue or campaign have? Especially as nowadays, anything that is on TV is repeated throughout the day on 24 hour news, and is automatically online and on social media too.

For so many people gaining TV coverage can seem completely out of reach. If you’re seeking TV coverage in any way, shape or form it is vital to understand the anatomy of a TV report – how it is put together.

If you study TV news carefully, you’ll realise that whatever the subject matter, TV reports tend to conform to the same formula.

This will probably comprise of some pictures showing whatever event is being covered, with a “voiceover” (VO) or “track” from the reporter.

Also know as a “clip” or “sync”. This is likely to be the “victim” – someone suffering as a result of the story –  or the main protagonist, from the body complaining about or highlighting an issue. Or, depending on the subject matter, it may be “vox pops” – quick interviews with members of the general public.

This will also last about 15″.

More VO giving more information, plus more interesting footage of whatever is going on.

An interview with someone else affected by the story. This might be an expert, or a spokesperson from an official body.

Additional VO explaining more about the story, probably giving the official line and introducing the next interviewee. Again showing interesting and relevant pictures.

This interview is designed to add balance to the story, giving the other side. So it might be an official body, or the government, defending themselves.

A piece to camera (PTC) is designed to show that the reporter is there on the scene, not just reporting from the warmth of the office, and is often also handy if the reporter doesn’t have enough interesting footage to cover more track. It may be the final conclusion of the piece, the payoff, or there may be a separate final piece of track.

So how does this information help someone trying to secure more TV coverage?

Well, there are two key points:

If you add up the total duration, it comes to about one minute 45 seconds (1’45) in all. Which is not very much time in which to convey a complicated or nuanced story or issue.

So if you are being interviewed for a TV report (in a soundbite interview), you need to keep it short, and learn to convey your main point, your message, in a few choice words (maybe 45) which summarise what you have to say in an interesting nugget.

Check out our advice on how to give successful soundbite interviews.

2. The importance of pictures

You’ll see in this structure, there are at least three areas where the reporter needs to use pictures to cover his or her track. And if there is nothing to see, no action, that becomes very difficult. No reporter wants to use pictures of the outside of a building, or an interviewee walking past a building, though I am sure you’ve all seen these used at one time or another.

What they want to use is “sequences.”

As a simple example, if they were going to produce a short film about the fact that I take my son to school by bike, they would show pictures of

And all this would include a variety of different sizes and angles – close ups, wide shots, over the shoulder shots, shots of our faces, shots of the bicycle wheels.

And all of this would tell a little story, which would probably be compressed into 15″- 20″ sequence.

So the more that you can offer interesting activities with lots of movement and the potential for sequences, the more likely you are to get TV coverage.

So when you are launching a new campaign, or want to promote a new issue, or have a story idea, imagine seeing it on TV in your head. What pictures would you need to tell the story?

Then make it clear when you are pitching the story to the reporter or producer that there are lots of great picture opportunities.

If you would like more help developing ideas for TV coverage, or in creating a media strategy, please contact us on 020 8332 6200 or info@roughhouse.co.uk.