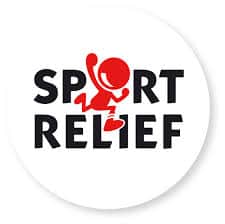 The amazing success of this weekend’s Sport Relief, which has so far raised over £50 m, is a fantastic example for all charities of the benefits of a successful media strategy for charities.

Without the media, who would have known about John Bishop’s extraordinary challenge, or the awful plight of children without access to vaccines in Sierra Leone.

Newspapers, TV and radio can all really help raise your profile, and boost donations.

Get your media strategy right, and you will simply make more money for your own particular good cause.

Last week we examined the approaches by two different charities, which have used the media extremely successfully to raise for their respective good causes.

Larger charities rightly focus very carefully on making sure they get their media relations right, but there is no reason why every charity can’t get good coverage by newspapers, TV and online media.

However, before you even think about contacting editors and journalists to see if they’re interested in covering your latest event, you need to have laid the groundwork and established a realistic media strategy.

This is best done with media consultants or PR experts who can help identify stories and the best media in which to place them, and who will provide you with a realistic assessment of how to make your strategy succeed.

However, it’s perfectly possible, with some thought, to do it yourself.

Here are nine steps to a media strategy for charities:

1. Identifying why and who

The benefit of this is, that once you’ve done this, you’ll be able to have a far more targeted approach to securing coverage, which is likely to yield far more coverage than a ‘scattergun’ approach – and be easier to manage.

You reasons for wanting more media coverage may simply be to increase donations, but it may also be to reach out to those who need your help, or to influence public policy.

Key audiences may be potential fundraisers and volunteers, people who you would like to donate money, those in need of your help, or influential people in your field and politicians.

The chosen audience will also depend on the story you are trying to promote – so a story about the deficiencies in particular policy which is affecting your field might be best in a broadsheet newspaper, while details of an upcoming event might go in a local newspaper, magazine or website.

Once the initial aims and key audiences have been identified, draw up a contact list containing the names, numbers and emails of key and relevant journalists on every potential outlet for stories. This might include national and regional media, local newspapers and magazines plus specialist press. Keep this up to date and make contact with the journalists so they know who you are and what you do.

It is important that your charity has a clear identity and brand, and established ‘key messages’ which are consistently presented whenever media opportunities arise. This helps build up recognition and awareness of the charity and what it stands for, and ensures that these values are reinforced every time a story is released.

If there are particular issues on which you need to take a view, then work on key messages for each of these – particularly if they are political or contentious. Test them with working journalists or media consultants.

4. Establish a clearance procedure for press material and press releases

This is important, since opportunities for coverage can easily be missed if the process of approval is unclear or protracted. The PR team needs to the ability to be as nimble, proactive and reactive as possible, especially nowadays when social media is so influential.

These should all be ready to send out with each news release, although every element may not always be used, and new case studies and photos may be necessary for individual stories.

It is important you obtain the permission of anyone who is the subject of a case study, and if appropriate their agreement to be interviewed. Having case studies (or ‘victims’ as the media often rather callously describes them) available for interview can be the make or break factor in whether you get the coverage you seek.

In addition, aim to establish contact with potential local celebrities (even MPs get lots of coverage in the local media) to ensure that if you are holding an event you have a list of people you can invite who might attract coverage.

Social media is becoming increasingly integrated into the mainstream media, so make sure your PR or media strategy recognises this and incorporates it. It is important that whoever manages your social media is part of the PR team, and knows all the latest issues and messages that you need to deliver. Your social media policy must be part of your overall strategy, but it can have its own personality, since social media is a far more ‘personal’ medium.

Brainstorm potential story ideas and for each one, establish the key elements needed to them attractive to the media and your target audience.

Produce an action plan to make sure the stories happen and a timetable for releasing them!

Again it helps to do this with working journalists or media consultants who can tell you what the press are looking for.

It is important that you have several spokespeople who are prepared to do interviews on your behalf. Each one needs to be credible, happy to make themselves available at odd hours, and comfortable doing interviews with the media. Oh, and able to make your case effectively!

They must be clear what your key messages are and, if necessary, be given media training to ensure they are able to make the most of every opportunity to promote your charity in each interview.

A promotional film and some stock shots which are made available to the media help tell your story in a vivid and compelling way.  Often the availability of footage can make the difference between a TV programme deciding to cover a story or not.

For example, if someone has raised money for you by trekking to the South Pole, you’re far more like to get coverage if you’ve got footage of them battling through blizzards and doing video blogs as they try to reach the spot than if you can offer is a photo of them handing over a big cheque.

And films don’t have to just be used to entice the media, they can also be a fantastic visual way for you to reach out to the general public direct via your website or Youtube.

We recently made two films for the Kennel Club, including one which was part of their campaign against the awful trade in puppies. So far, they have had more than 60,000 hits on Youtube.

This might all sound like a lot of work, but once you have all these elements in place, it will be far easier to then go out and make sure you attract the kind of coverage that will have the donations flooding in.

So it’s well worth investing the time at the outset, rather than sending out press releases and email pitches to journalists which just end up being deleted and don’t ever secure the coverage they deserve.

If you would like help developing a media strategy for charities, please contact us on 020 8332 6200 or info@roughhouse.co.uk.