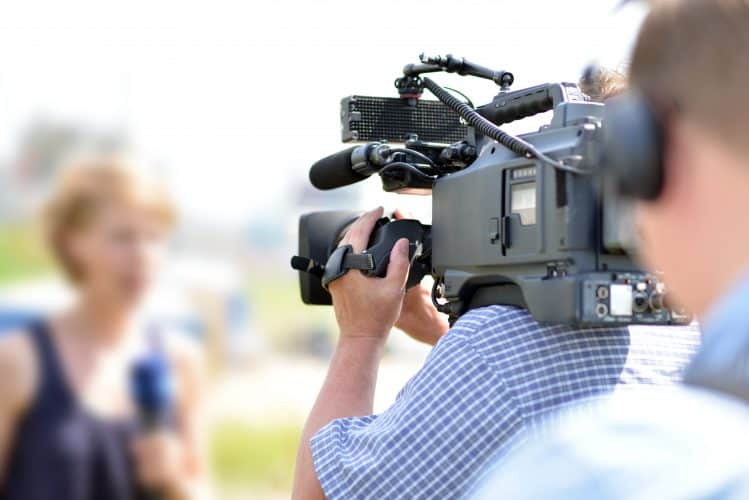 Most PR departments and agencies we work with have excellent relationships with their target print media, and do a great job securing coverage – but when it come to TV coverage it’s a different matter.

This is a shame, because there are undoubtedly thousands of stories out there which would work brilliantly on television, if only they were pitched right.

Television has different needs to newspapers and magazines, and the more you can accommodate these, the more likely you are to see your stories on air.

I canvassed some of the Rough House team, and some other TV pros, for their views on how to secure TV coverage:

“Be available, respond quickly to requests, don’t over complicate – put yourself in shoes of the lay viewer. Have a couple of clearly defined points.” Sarah Morris, BBC and Channel Four producer

“Think about what TV wants: interviewees who’ll talk on camera (and be available on the key day!), something interesting to film. Decide what the top line is and keep it simple. Prepare to be interviewed alongside someone from the “other side” or at least to be asked difficult questions.” Sarah Deech, former BBC producer

“If you can have interviewees and something to film lined up the day before an event, that will help you get coverage on regional breakfast programmes. Contact the forward planning team, who’ll be setting up “pre-shoots” the day before.” Ann Wright, former BBC producer

“Familiarise yourself with how newsrooms work so you know when the busy times are and don’t call then. I frequently had calls from people wanting to pitch stories at 10 to 1 – just before we went on air, when I would never have time to talk. If you waited until mid afternoon, I would have been far more receptive, so would have a bigger chance of success.” Tim Handley, former BBC One O’Clock News producer

And one final piece of advice – TV news moves fast and on very tight deadlines. If a producer or reporter calls you and you don’t have an interviewee/filming opportunity available when they need them, they will go to the next contact on their list. So you need to be prepared to make yourself available at short notice.

If you’d like some practical help and advice about securing TV coverage – or any other kind of media coverage – we run a range of training courses which will give you an insight into the best way to do so. Contact us on 020 8332 6200 or info@roughhouse.co.uk to find out more.