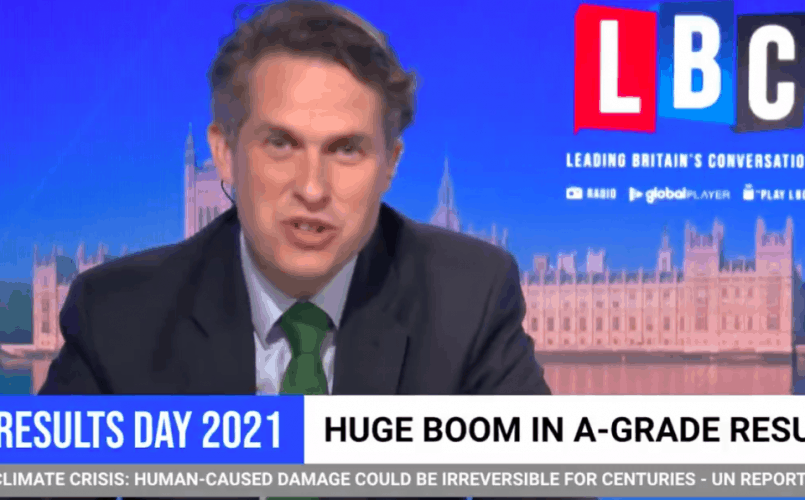 It is amazing how forgetful people can become when things get uncomfortable.

One recent example was Education Secretary Gavin Williamson’s interview about A level results on the commercial radio station LBC.

After commenting on grade inflation and congratulating students and teachers alike on their achievements, Mr Williamson was asked about his own A level results 27 years earlier.

The minister recalled his “absolute delight” when he discovered he had won a place at Bradford University to study social sciences.

“For a lad growing up in Scarborough, Bradford was the most exotic and exciting place in the whole world,” he said.

“It opened up the pathway to those next steps and I was absolutely delighted.”

But when presenter Nick Ferrari asked what his grades were, his minds went blank. “I’ve forgotten. It is so long ago,” he replied.

When pressed he recalled that he didn’t get three A’s but insisted that was all he could remember.

One listener observed: “Amazing he can remember how exotic Bradford felt, how he walked through his old 6th form corridor, how he opened the envelope… then a complete blank at the most important bit!”

There was every chance that Gavin Williamson would be asked about his A level results in the interview and he should have had an appropriate response.

As it was, he messed up and made himself look foolish, and there were subsequent reports he was going to lose his job.

It was another classic example of someone in authority not preparing adequately for a media interview and wasting an opportunity to deliver important messages.

Preparation is the key to taking control of an interview and creating a positive of yourself and your organisation.

If, for whatever reason, you don’t do it, you risk damaging your reputation and possibly a great deal more, as Mr Williamson will testify.

Assuming of course, he can remember doing the LBC interview in the first place.

Interview preparation is one of the areas we cover during our media training courses. To find out more, contact us on 020 8332 6200 or info@roughhouse.co.uk.