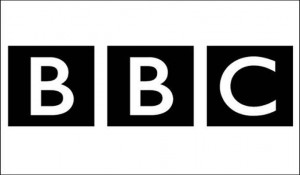 The BBC has come in for some major bashing since the broadcast of the ITV documentary about Jimmy Saville, and is generally deemed to be ‘in crisis’.

The resignation of the Director General George Entwhistle came on Saturday afternoon as I was sitting in an outside broadcast truck outside the Albert Hall, preparing for the broadcast of the annual Festival of Remembrance.

And the contrast between the turmoil, the accusations, the agonised hand-wringing, the back-biting, the politicking, the criticism of BBC staff and their actions and motives, and the job the whole production team were there to do – given the purpose of that particular programme – was particularly acute.

I worked full-time for in BBC production for 14 years across a range of programmes from local radio to news to the consumer unit to live events.

Since being at Rough House, I have continued to work for BBC maybe three or four times a year, generally on prestigious live events such as the Royal Wedding – and indeed the Festival of Remembrance.

So I know the institution well, and know that it will survive this, as it survived other crises such as that which led to the departure of a previous director general Greg Dyke.

But as one who loves the BBC and believes whole-heartedly in the public service values which it stands for, it is dreadful to watch it tearing itself to bits in the way it currently is.

It’s easy to criticise the BBC news when one investigation goes awry, but it’s important to remember that the quality of most of its reporting is first class.

And it’s also important to remember that the BBC is not just ‘News’.

It is also all those other fantastic programmes you watch and love: the Olympics, the Great British Bake Off, Strictly Come Dancing, the Proms, Autumnwatch, anything by David Attenborough. And it’s radio. And it’s the BBC website. And it’s all those unseen and unsung projects and programmes and outreach which the BBC does to enrich our national lives.

And it’s the two programmes which I’ve worked on over the past month, the 2012 Teaching Awards and Festival of Remembrance, the first all about celebrating the best teachers in the country and the second about commemorating those who have laid down the lives for their country.

The aim of every single person who worked on them was to produce the very best programme they could, not from personal pride, but to pay tribute to those the programmes were honouring.

Please, those who would bash the BBC, relish it’s downfall, criticise the licence fee, I would urge you to remember that.