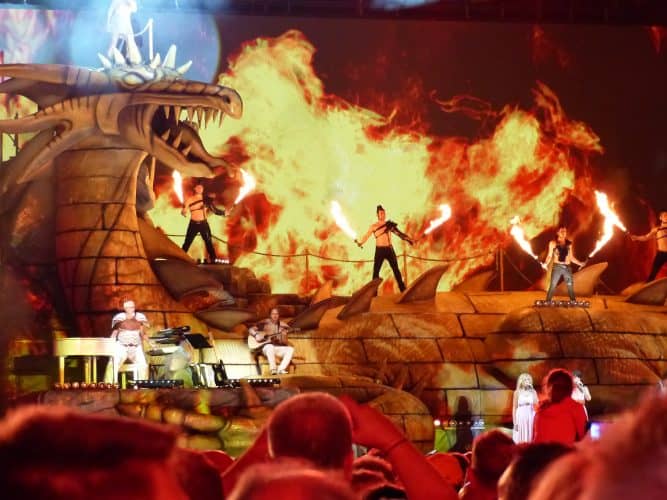 An Englishman who went to a concert by the popular German singer Andrea Berg did not expect to end up all over the national press after an incident which has tarnished her reputation.

Brian Hicks, who lives near Dusseldorf, was hit in the eye by a firework during a display at the end of the performance.

If he hadn’t been wearing glasses, he might have been blinded. Nonetheless, he still needed hospital treatment and asked the concert organisers to pay his medical bills and expenses.

It seemed perfectly reasonable but they were having none of it, so he took them to court.

He was awarded compensation of 2,000 euros and most of his legal costs and was prepared to let the matter rest there: it was not about money but Ms Berg’s refusal to accept responsibility.

However, the concert organisers – the singer’s own company, Andrea Berg Tournee and Promotion GmbH – decided to appeal.

In the days before the appeal hearing, almost three years after the concert, the case received widespread coverage in the German media. 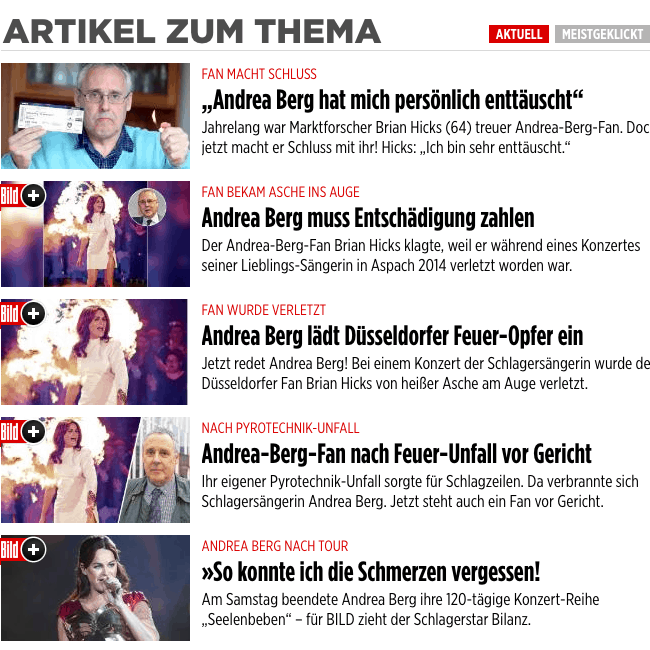 Why, they asked, had Ms Berg not settled and allowed things to get this far? Accepting the first judgement and issuing an apology would have enabled her to draw a line under the matter and move on.

As it is, her costs are set to rise and her reputation suffer further damage after the appeal court adjourned the case.

In fairness, Ms Berg has now expressed regret at the misfiring firework, albeit through a legal representative, and offered Mr Hicks a seat at her next concert.

But you have to ask, why did she go down a long and damaging route in the first place: what was the reasoning and what were she and her team hoping to achieve?

Crisis communications best practice is: if you’re in the wrong, own up and try to put it right. If you don’t, the chances are your reputation will take an even bigger hit.

Heaven knows what Ms Berg’s advisers were thinking of. If she had done the sensible thing at the beginning, she would have saved herself a lot of trouble and possibly even won some more fans.

As it is, her belated apology and the offer of a free ticket (it should have been a pair, surely?) are viewed by Mr Hicks and his many sympathisers as too little, too late, and all she has done is again demonstrate an appalling lack of judgement.

Doubtless not what she and her advisers had in mind.