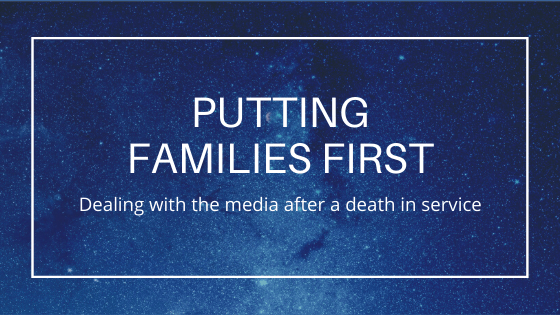 “Have you ever done any preemptive planning to deal with/address/respond to potential loss (death) of members/workers within an organisation? If so, or if you have any resources you can direct me to it would be appreciated.”

That was the question posed to me by a relative who works for a public service in Canada.

And it got me thinking. The general principles of managing a crisis can be applied, with some additional regard to the particular sensitivities of a death in service.

Given the situation facing many organisations at the moment, with the terrible loss of key workers in the NHS and other frontline services, I thought it may be worth sharing my response more widely.

Here is some advice to help you you deal with any media attention that may arise following the death in service of one of your team:

The added complication for my relative was the psychological impact on colleagues of a death due to Covid-19, and the potential for widespread absenteeism as a result. This means the response from the organisation needs to be very carefully thought out to allay people’s fears and reassure them that everything is being done to keep them safe.

We are happy to if you’d like to talk to us about your response to the pandemic, whether dealing with a death in service, or crisis communications in general. Call us on 020 8332 6200.