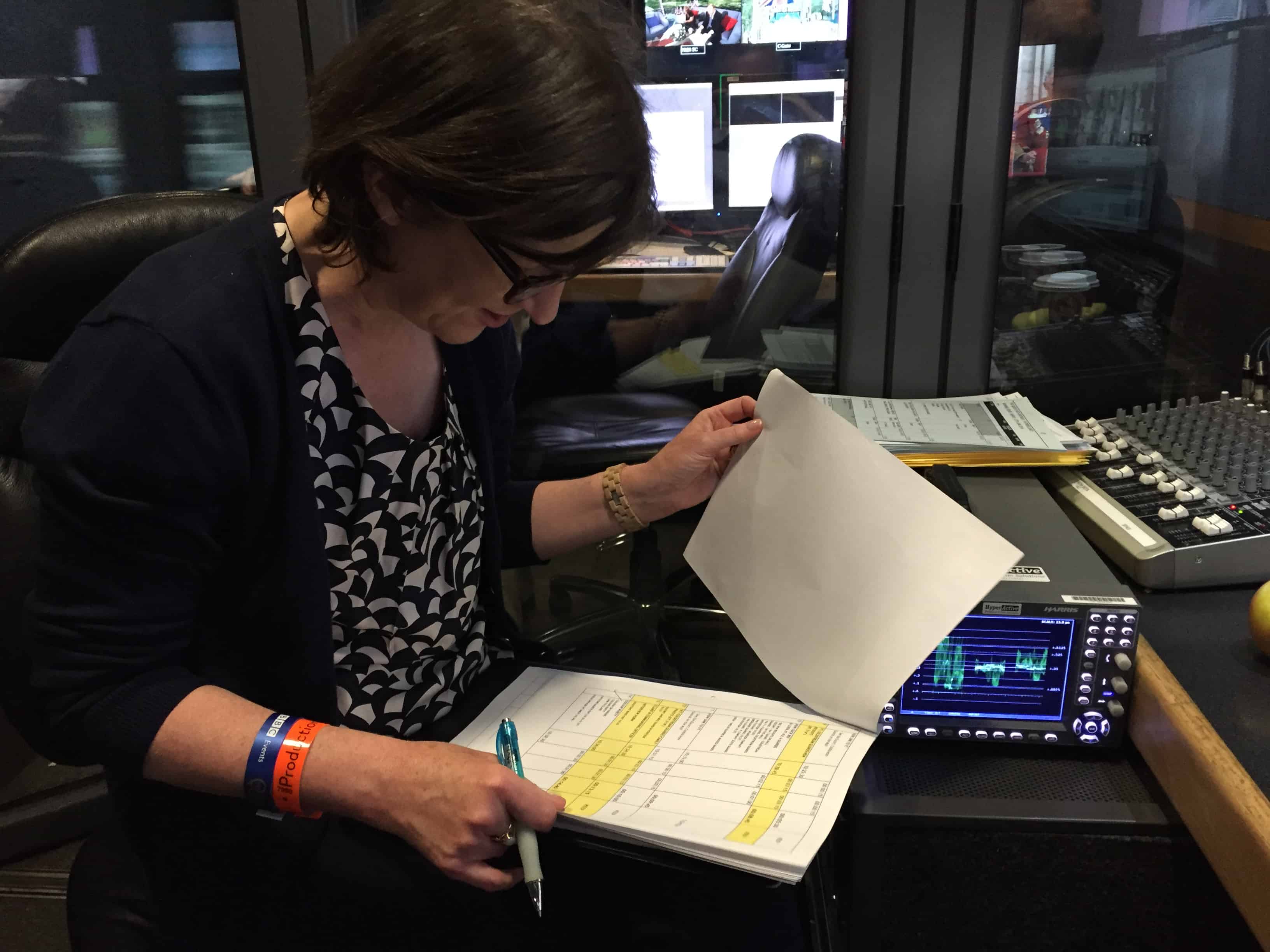 On holiday recently, my parents happened upon the BBCs Countryfile team filming in a field.

‘That must be what Ann does …’

These were basically the comments they made afterwards.

Because despite my starting work for the BBC in 1995, they never really understood what I did. I was a TV producer, first in news, then in documentaries, then in live events, but what did that mean? 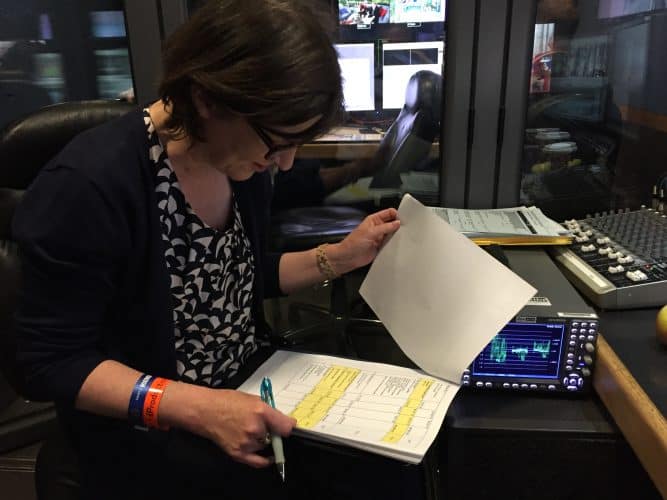 What does a TV producer do?

Essentially, the basic job of the producer is to make sure the programme gets made.

They’re responsible for staffing, for managing the team (including presenters), for keeping within the budget, for the programme’s content and editorial direction, for making sure the research is done, sourcing any interviewees, for organising and directing the filming, for scripting the programme and for getting the programme edited.

So, they basically do it all!

Obviously they’re not alone, but when making documentaries or producing live events, the teams aren’t nearly as large as you might imagine.  There is generally just a producer and a researcher or assistant producer. A production manager or co-ordinator will provide logistical back-up (keeping across the budget, booking crews, transport, editing and so on), and you’ll have an executive producer or editor keeping an eye across what you’re doing.

But generally there’s just two of you.

The length of time you have depends on the programme and on the budget: one documentary series I worked on we had two weeks of research, a few days filming and two weeks editing – so about five weeks all up to make a half an hour programme.

Live events you might have three months of production with just the two of you – then a huge team is deployed for rehearsals and on the day to make it all happen.

What are the key attributes a TV producer needs to have?

Creativity goes without saying – you must have the ability to come up with ideas, know how to make sometimes complex and sometimes frankly dull facts and stories come to life in a way that will draw in the viewer and compel them to keep watching.

Persistence is very important. If you’ve got a good idea, you need the determination to push and push to make sure it happens. When I produced the Trooping the Colour which marked the Queen’s 80th birthday, there was to be a fly-past of the Battle of Britain Memorial Flight. I thought it would be great to have a camera – and presenter – in the Lancaster feeding back live pictures. Technically this was tricky to say the least.  I spent a long time on the phone to engineers. And the BBMF were a little reluctant to have their Lancaster adapted to take a camera. But I was determined. And it happened.

Making a programme is often like juggling lots of balls in the air, so organisational ability is vital. I was factual producer on Saving Planet Earth, a live three hour fund-raising programme from Kew Gardens. It was an extraordinarily complex production and I was responsible for all the factual elements – basically everything apart from the live music. So I knew everything: quite apart from the running order, the script, the editing of all the pre-recorded films, the details of how each element of the programme was going to work and who had to be where and when, I was also across the transport details of each of the dozens of celebrities and guests, the numbers of audience that Kew Gardens could get through their turnstiles in a minute, the catering in the hospitality tent, which wildlife organisations had guests and how many, and even how much one of our celebrities was allowed to drink before they went on air!

None of this would work without good communication skills: you have to be able to communicate with your team, so they know what your vision is, what it is they need to do, you have to be able to communicate with interviewees – to persuade them that taking part in your programme is the right thing to do, to be able to communicate on paper – writing the best script possible, hopefully with the presenter, if there is one, but often without. When I produced the service at Westminster Abbey for the bicentenary of the abolition of the slave trade, the presenter George Alagiah and I  agonised together over every single word, because we knew the importance of getting it right, of communicating the impact of slave trade on millions of people.

And lastly, gut instinct about what is going to work and what isn’t, what will be right, what won’t, and who will be a great interviewee and who won’t. Several years ago I was making a film about Churchill as part of the celebrations for the 60th anniversary for the end of WW2. The director of the Churchill Museum, Phil Reed, gave me the contact details of various people who had worked with him. About one of his secretaries he said: ‘she’ll never do it, she never talks.’  But I called her anyway. She said: ‘You can’t have me on TV, I’m far too ugly.’ And I knew at that moment, she’d be absolutely fantastic, so I persuaded her to let me visit. We had tea and cakes at her house in Oxfordshire. She was charming. I persuaded her to agree to be interviewed. And she was absolutely fantastic.

So what does a TV producer do? It’s not all glamour. It does take a long time, especially filming and editing. But it’s a great job!