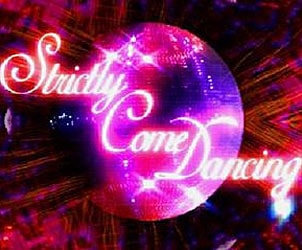 How very nice to sit down on a Saturday evening to watch a programme which you can enjoy as entertainment. But also that, as a TV producer, you can admire its extremely high production values at the same time.

I’ve worked on many many BBC programmes and of course every single one aspires to very high production values.

In general, the quality of those working on them is very high.

But those high aspirations rather too often run up against a sheer lack of funds. The reality of the budget.

And with budgets continually cut – which is sadly unlikely to change in the future – as a programme maker you have to cut your cloth and modify your aspirations.

You’re asked to produce a programme and are soon bubbling with ideas. Then reality strikes. Your budget is so small that, while you really need a researcher for four weeks to make your ideas work, you actually have two. And you can only afford one filming day, unless you man the DV camera yourself, or can persuade someone in the office to do it for you.

That’s not to say that the programmes produced aren’t very often excellent. It’s not often that a viewer would look at them and think – hang on, if they’d had a bit more cash they could have done x,y,z. And you never seen a line in the credits which says: ‘if we’d have the budget, we’d have done this, that or the other’.

But anyway, I digress.

It is indeed a pleasure to watch Strictly Come Dancing. It clearly has the budget to be made properly.

As a TV producer, I have some idea of what goes into making the programme, and it’s little sister, It Takes Two. And believe me, none of the results you see on screen just happen. They are the result of a lot of thought, a lot of hard work, and a very co-ordinated team effort.

The sets are excellent. The costumes are fantastic. The short films are, if occasionally a tad cheesy, well produced and imaginative. The orchestra are brilliant. And the lighting is outstanding.

So, here’s a little three cheers for Strictly!