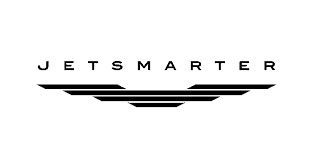 Using strong-arm tactics is not the best way to make friends and influence people, especially in the media (are you listening President Trump?). You’ll almost certainly end up with some bad PR.

But according to The Verge technology news website that’s exactly what an American start-up called JetSmarter – “Uber for private jets” – tried to do.

In exchange for a round-trip flight in the US for a Verge reporter, it demanded positive coverage and for the journalist to pay the $2,000 cost if a suitable article was not published “within five business days”.

In a written document, it demanded a “full-feature article on flight and positive experience with JetSmarter, highlighting the concept and services” – or else.

Not surprisingly, the company’s heavy-handed approach achieved anything but the desired effect. Instead of a positive story, it became the subject of a negative one and an object of ridicule across social media. The last thing it wanted.

The media may lack consistency but one thing you can bet on is that they’ll react strongly if they feel unduly pressured or their integrity and independence is being threatened.

How to avoid bad PR

Reporters are no different from anyone else. If you want to get them on your side, it generally pays to be nice and give them something interesting to write about. Don’t try to cajole them as it will almost certainly backfire.

That’s not to say you shouldn’t stand up for yourself when they get something wrong or you feel they’re making unfair accusations. You should.

Just don’t get carried away and make enemies of them unnecessarily as the chances are you’ll crash and burn, like the not so smart JetSmarter.

If you have any examples of bad PR, we’d love to hear from you. And if you’d like any advice about your PR or media strategy, do contact us on 020 8332 6200 or info@roughhouse.co.uk.