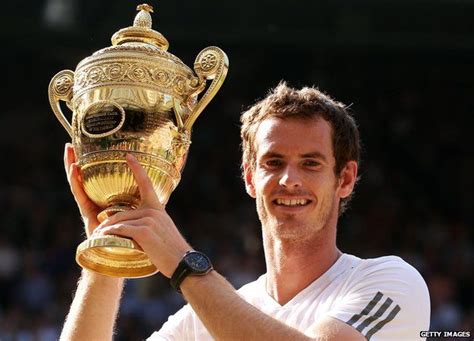 Congratulations Andy Murray – what a great win on Sunday!

You’ve now entered the ranks of our national sporting heroes.

Watching the match and the fantastic reception Andy’s win has received made me think about his reputation.

The sporting hero status is one he’s had to fight hard for, and not just on the tennis court.

For years, he was the British player the public was never going to like. The dour Scot who hated the English.

This reputation was largely based on a jokey off-the-cuff remark during the World Cup about not supporting England – and an obvious discomfort in the media spotlight that his sporting success brought.

It just goes to show how if you’re in the public eye, one ill-judged remark can haunt you for years to come, how you have to be on guard in your every public utterance, and be constantly mindful of your brand.

The British public like their sporting heroes clean-cut, affable, prepared to emote in public, and without too much visible fighting spirit, and he just didn’t seem able to fit that bill (oh why wasn’t he like Roger Federer?).

But then there were those tears on Centre Court last year.

Then of course he won Olympic Gold and the US Open, and he wasn’t a nearly-man any more, or a dour Scot.

He was a bone-fide British champion, and this year the whole country has been on his side (though somewhere there may be some for whom he can never shake off that early reputation and who will never warm to him)

Watching the documentary about him on the eve of Wimbledon and listening to him in his interviews during the tournament, he appears to be increasingly comfortable talking to journalists and less wary about letting the true Andy shine through.

And today – he’s faced everyone from John Humphries on the Today programme to Matt Baker and Alex Jones on the One Show, and reacted in all of them with charm and modesty.

Yes, this is partly a product of a careful re-branding exercise by his PR men, but it’s also a result of his maturity and the success that means he has nothing more to prove.

All this shows that it is possible to repair your reputation – but it takes a long time and a lot of work!

So congratulations once again to Andy Murray!

Rough House can help with reputation management and crisis communications. Contact us to find out more.